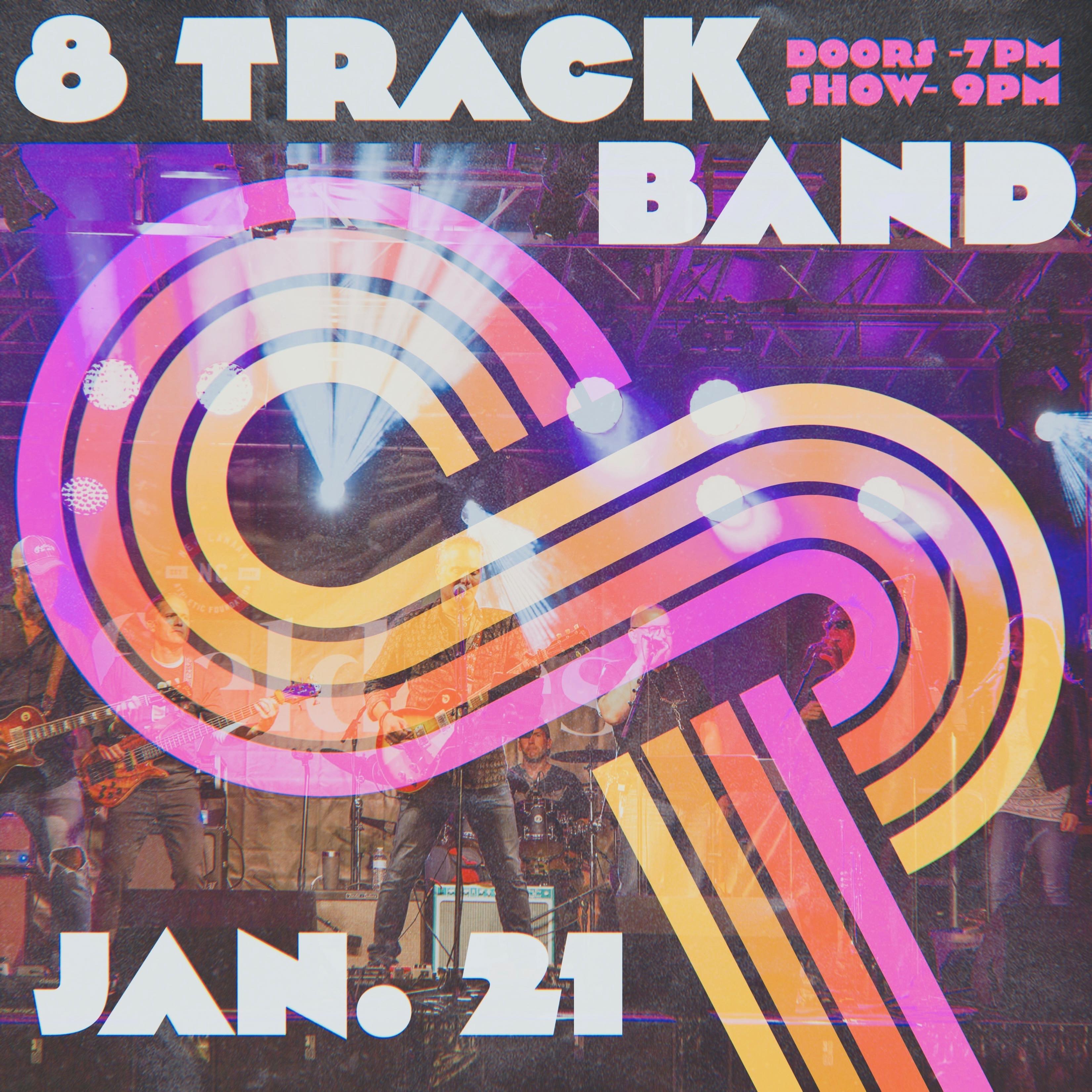 Prepare yourself to be transported back into the Greatest Era of Rock and Roll Music…the 1970’s. When it was all about the music. All the tunes you know and love, with a modern edge, killer harmonies and big band sound of our trumpet and sax. Our live concert energy will have you dancing, singing and feeling like you’re 20 again – whether you’re 20 or 70.

Bowie, The Rolling Stones, Springsteen, Billy Joel, Fleetwood Mac, Steely Dan, Stevie Wonder, The Who, Bob Marley, The Grateful Dead, Paul Simon, The Beatles, Earth Wind and Fire, The Doobie Brothers, The Bee Gees, Elton John and Joe Cocker are some of our favorites. Their timeless grooves have dominated the airways for generations.

8TRACK BAND was formed in 2008 by two good friends and former professional musicians, Jonathan Ellner and Larry Restieri. Starting as an acoustic duo, it gradually morphed into what is now an eight-piece band, featuring Brian Cumberland on bass, Bryan Dmuchowski on keyboards, Steph Chinn on trumpet, Jimm Mullen on Sax, Anna Jacobson on violin/backing vocals, and Jim Kovac on drums.

In addition to recently opening for Eric Clapton at the 2018 Greenwich Town Party, 8Track regularly headlines The Capitol Theatre, Garcia’s, Brooklyn Bowl, and other venues throughout the TriState area.