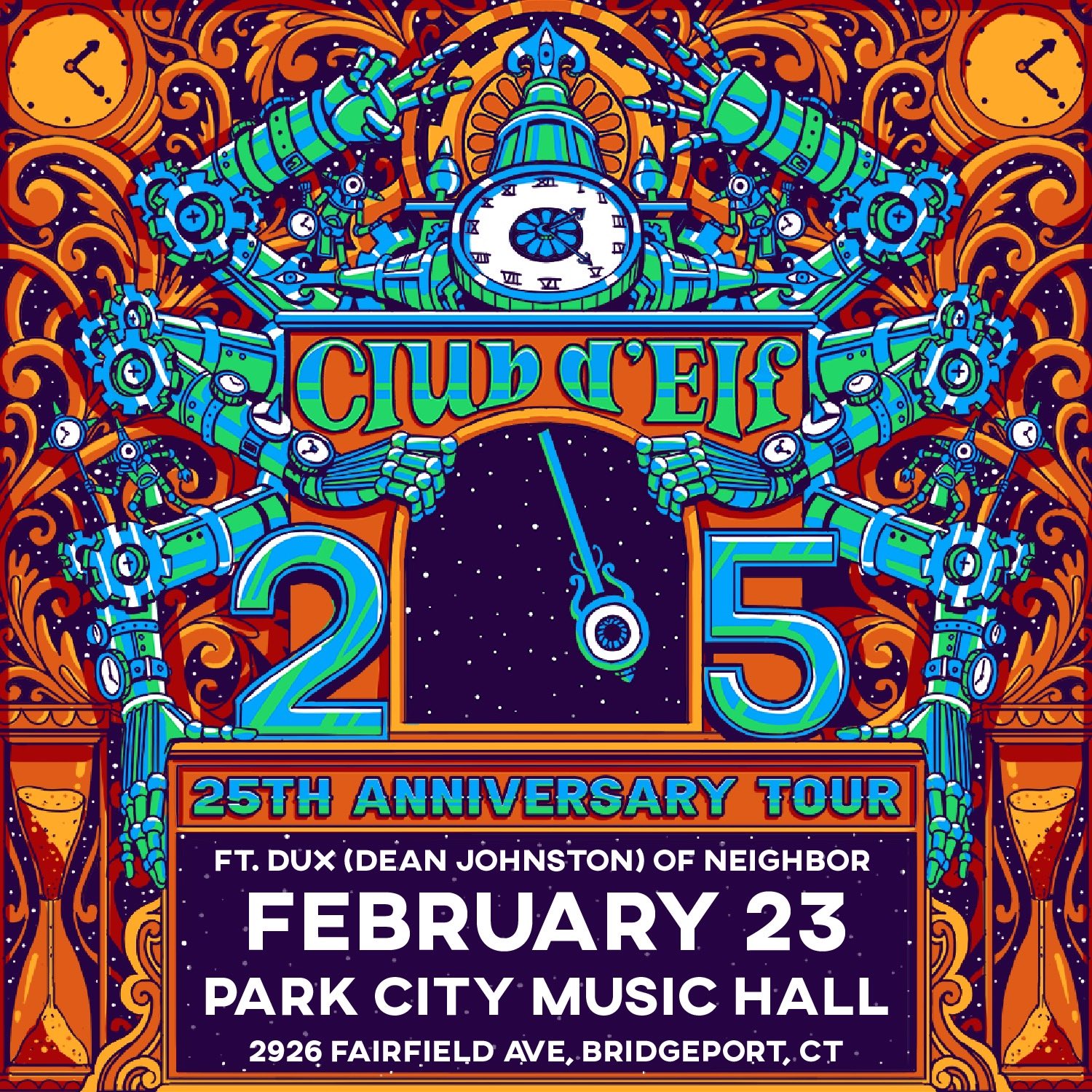 Club d’Elf is a collective of musicians fiercely dedicated to “the groove”, consisting of some of the most sought-after players from the jazz, world music, rock, and DJ scenes of Boston, New York City & beyond. The band’s music draws from a startlingly wide spectrum of styles, including jazz, hip hop, electronica, avant garde, prog-rock and dub. Under the tutelage of member Brahim Fribgane (who hails from Casablanca) the band has absorbed Moroccan trance music, which is now an essential part of the mix. Diverse audiences are drawn to Fribgane’s mesmerizing oud stylings, and leader/bassist Mike Rivard’s commanding playing of the Moroccan sintir. Trance forms the central core of the Club d’Elf aesthetic, weaving together the band’s various influences.

The band’s new album, You Never Know, is a trance-heavy meditation on finding light amidst the shadows. The band pay tribute to the music and musicians who have been primary influences, with half the album being covers of Gnawa, Miles Davis, Joe Zawinul, Moroccan band Nass el-Ghiwane, and Frank Zappa. The other half consists of original music inspired by leader Mike Rivard’s personal journey into darkness following a near death experience in the remote jungle of the Peruvian Amazon.