Consider the Source – The Heat is On 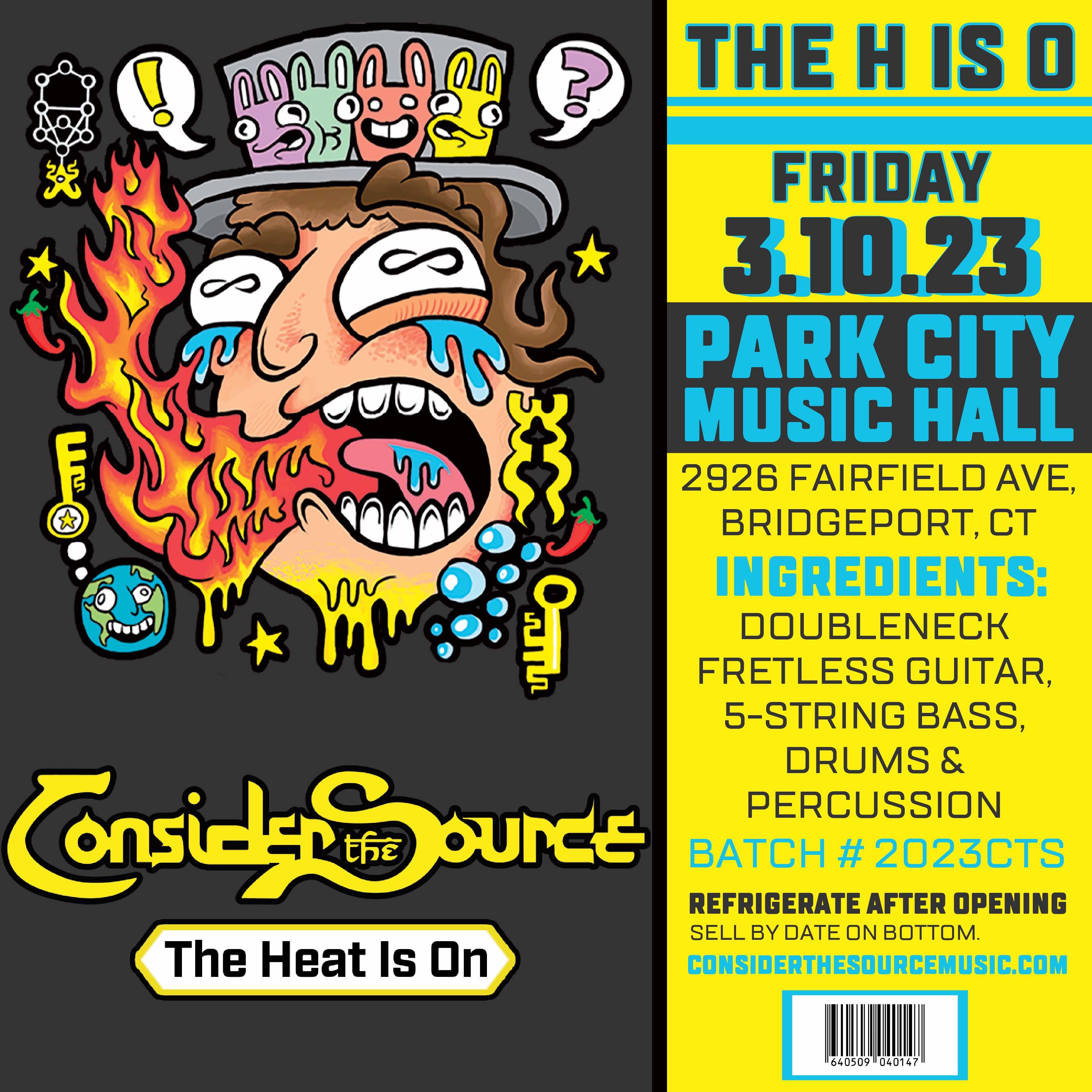 Instrumental Prog-Rockers Consider the Source found themselves with the opportunity to collaborate on an unlikely merchandise item about 4 years ago. After a show in Michigan, long-time fan DJ approached the band offering to make a custom hot sauce through his company, Lost Capital Foods. What seemed like a pipe dream to the 3 musicians at the time became very real months later with a taste testing and refining of the original recipe. CTS artwork aficionado Nate McClennen tied the whole thing together with his signature psychedelic cartoon artwork and “Consider the Sauce” was born.

The delicious sweet and mildly spicy Green Chile Saison sold over 500 bottles on Tour and online, quickly becoming a favorite for many fans with some even buying a case at a time. To celebrate the 500 milestone the band listened to their fans who craved psycho levels of heat and added a special Xtra Hot Edition with a heat level of 9/10.

Fast forward a few years and Consider the Source has steadily been selling their 2 varieties of hot sauce at their merch tables at shows across the country and online. At the time of this article they have sold approximately 1,250 total bottles of hot sauce and have no sign of turning back. Drummer Jeff Mann says, “To be completely honest, at this point we’re selling more hot sauce than any of our music based products. We thought about packing up the music thing to focus on our sauce game but decided we can still do both. We’re calling this Tour “The Heat Is On” after our song “The H Is O” to celebrate how successful our sauces with Lost Capital have been. It’s really more of a hot sauce tour than a music tour but we’ll be up on stage with our instruments each night doing our thing. We hope you can come catch a show but we’ll know why you’re really there.”

More on CTS…
Sci-fi fusion trio Consider the Source defy easy categorization. If intergalactic energy beings, upon their initiation into an order of whirling dervishes, built a pan-dimensional booty-shaking engine powered by psychedelic math…it would sound like a cut-rate CTS cover band. With their blend of progressive rock and improvisatory jazz, soaked in Indian and Middle Eastern styles, CTS blends disparate elements into an utterly original whole. A relentless touring schedule has earned them a fervent following around the world, with fans ranging from tie dye covered hippies to metalheads decked out in black.

Fresh off the heels of a tour of seated performances which highlighted their acoustic instruments and first ever “hybrid” album, the band is getting back to the face-melting electric shows they have become known for. Their previous Maxx Power Tour featured material from throughout the band’s history, bringing back songs from the very beginning, each album, and a couple of the electric tracks from their latest effort “Hybrid Vol.1: Such As A Mule”. Additionally, the band is preparing for the release of their next album in 2023 which they have shared will include “some of the heaviest music we have written yet”