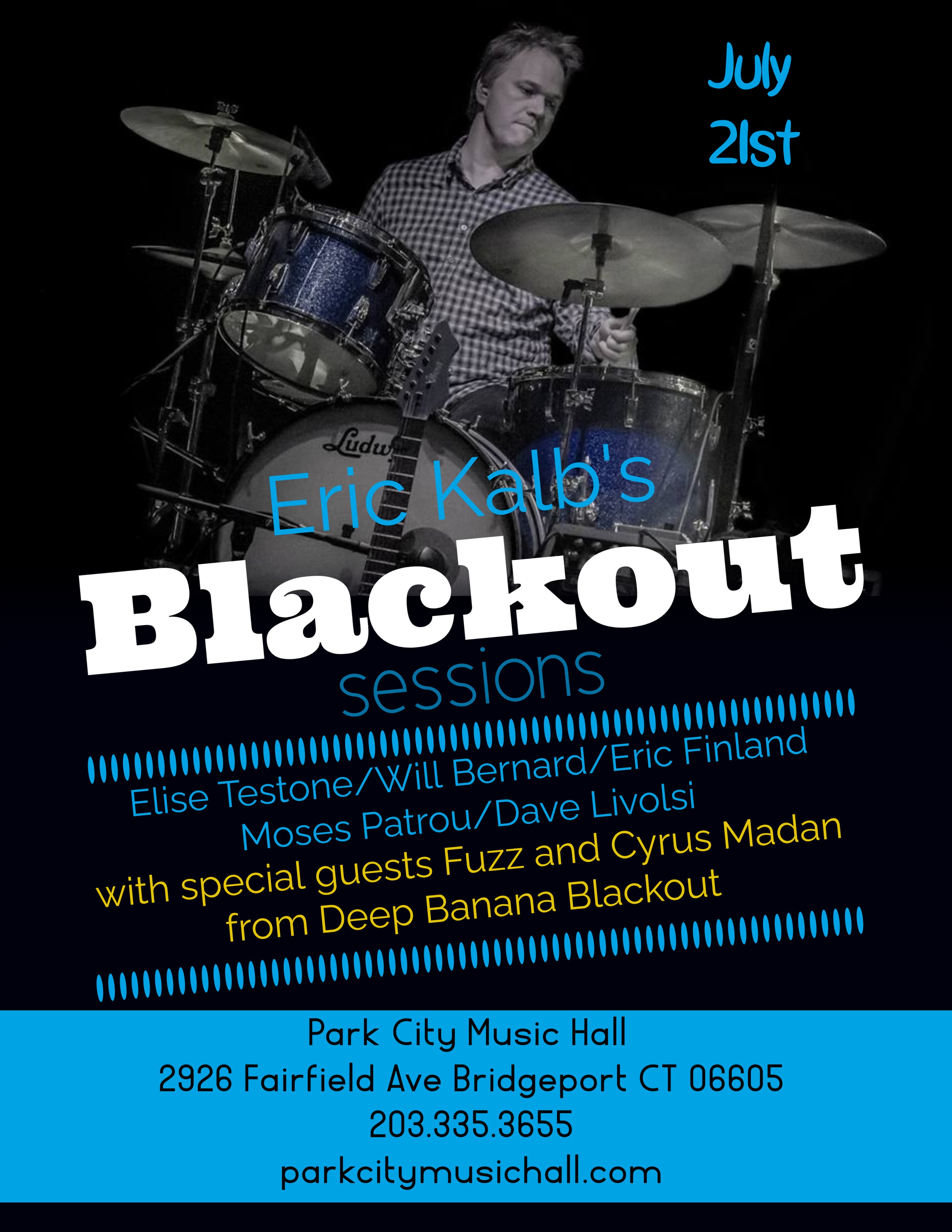 Eric Kalb’s Blackout Sessions are about the past, present and future of live music.

Kalb is a cofounding member of the funk rock jam band Deep Banana Blackout, was the touring drummer for soul sensation, Sharon Jones and the Dap Kings, as well as west coast boogaloo masters The Greyboy Allstars and has recorded with jazz legend John Scofield. After all of these experiences, Kalb will has assembled some the finest musical artists he has had the pleasure of working with along the way for an explosive night of super funk.

The foundation of Will Bernard on guitar, Eric Finland on keyboards, Moses Patrou on percussion and vocals and Dave Livolsi on bass serve as the house band also known as The Freelance Subversives. Their musical experience and adeptness runs deep, making for the perfect backing band as well as presenting music from each of their recorded works.

Singer Elise Testone is a powerhouse vocalist whose incredible stage presence and vocal maturity rank with the best. Elise is the perfect combination of soul, rock, attitude and restraint. Equally as impressive and at ease belting James Brown style vocals over a relentless funk groove as she is resting her voice gently over a ballad, Testone’s range of influences and vocal capacity know few limits.

On this special night the band will also be joined by Fuzz & Cyrus Madan, his old friends and cofounders of Deep Banana Blackout, to perform some new compositions as well as crowd favorites.