Forever Young: A Tribute To The Music of Neil Young 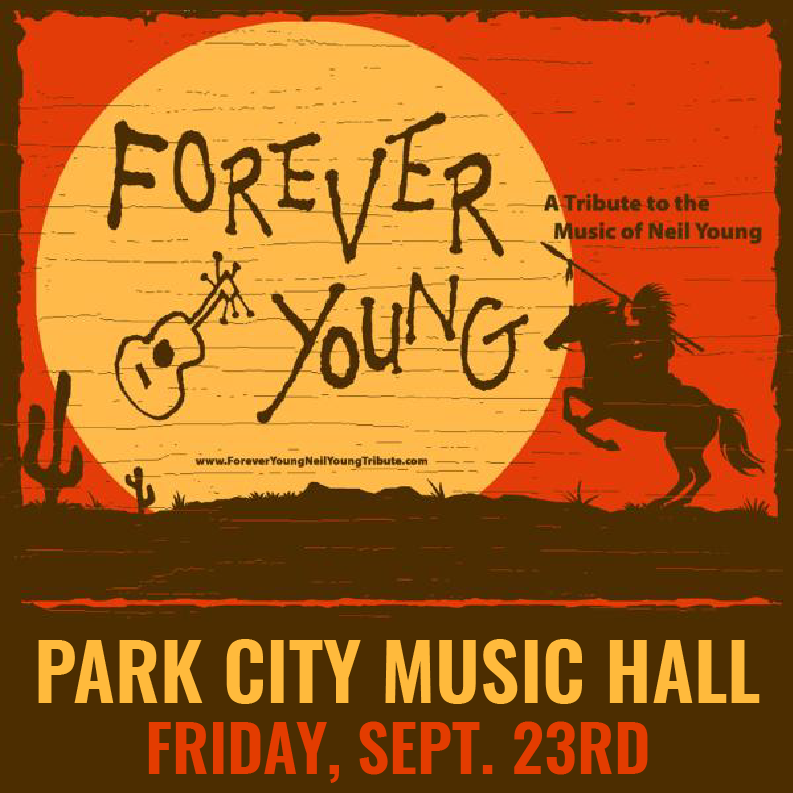 Drawing on the 40+ year career of Neil Young, Forever Young highlights many of Neil Young’s popular songs and a few “deep cuts”. The band performs both the acoustic and electric songs that Neil Young is famous for. Their performances are reminiscent of and are heavily influenced by the “Four Way Street” live album recorded by Crosby, Stills, Nash, and Young. They are a high energy band that is just as fun to watch as to listen to. Audiences are always “wowed” by a Forever Young show!

THE SHOW: A typical Forever Young show will be two sets of music and run from 2-3 hours depending on the venue and audience. Sometimes even three hours is not enough for the fans! During the set they will seamlessly play through the rock, folk, and country styles of Young’s music. The performers trade off on lead vocals and will switch instruments many times during the night. Two, three, and four part
harmonies have been incorporated into many of the songs. The numbers include anything from Young’s Buffalo Springfield days all the way up to his current Promise of the Real phase. Forever Young never disappoints and garners new fans with every show!