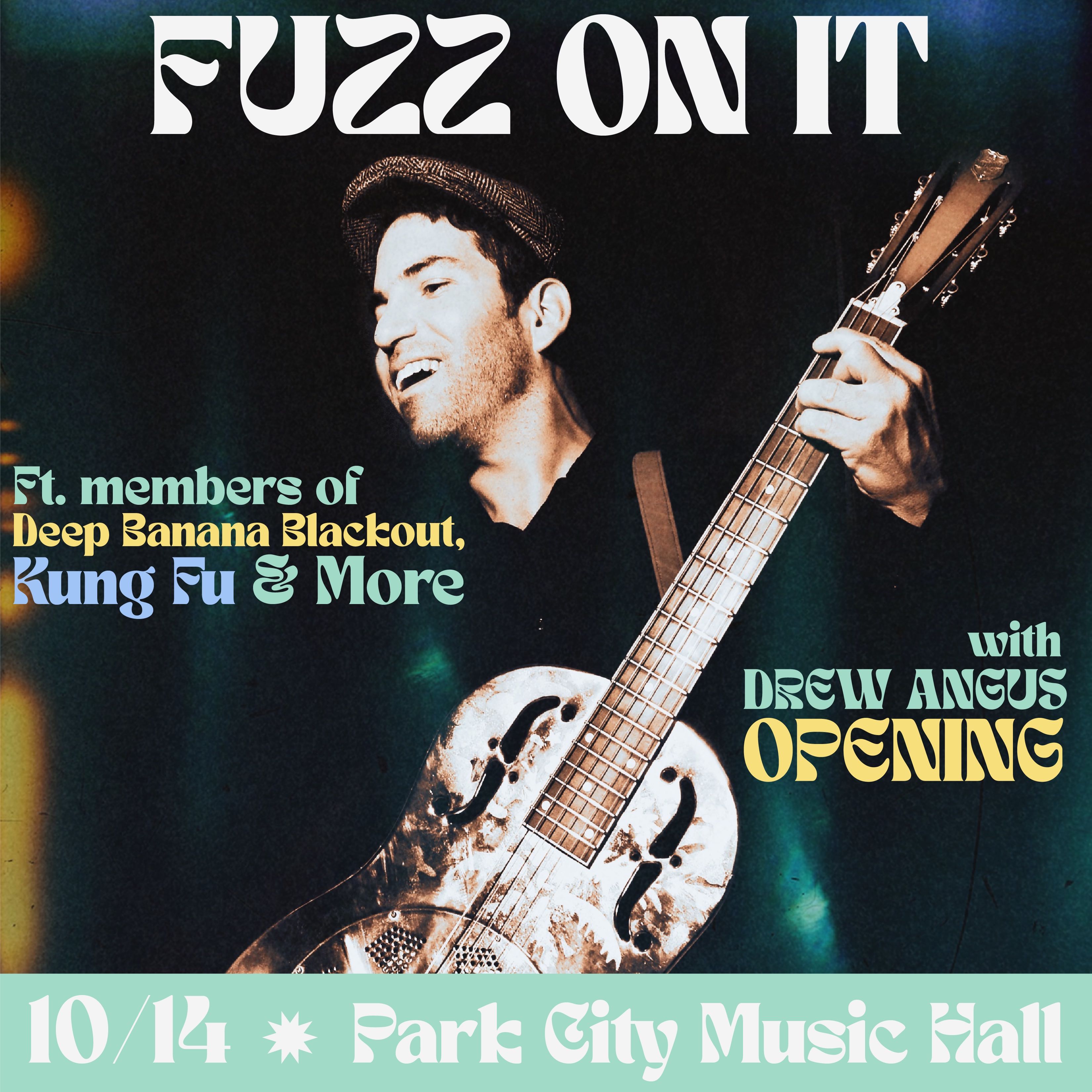 Guitarist, vocalist, songwriter, producer and all around energetic and engaging performer, Fuzz has been a successful international touring and recording artist for the past few decades with some of his projects such as Deep Banana Blackout, Caravan of Thieves and Big Fuzz in addition to working alongside acts such as the Tom Tom Club and sharing the stage with The Allman Brothers, John Scofield, Keb Mo, Emmylou Harris, Bela Fleck, members of Phish the James Brown band and many others.

Being a creative visionary, Fuzz has been able to blend a variety of styles in each of his projects resulting in a unique and unified sound and securing his niche on the funk, jam, folk and jazz scenes. His latest endeavor, “fuzz on it” is a culmination of all of these efforts bringing together the best of his funk/soul roots, acoustic gypsy-swing flavors and stirring in some spicy island seasoning for a little escapism… a little funk in the sun.

The band will consist of Fuzz with an all-star lineup of his lifelong musical partners including drummer Eric Kalb (Deep Banana Blackout, Sharon Jones & the Dap Kings, John Scofield), Chris DeAngelis (Kung Fu, The Breakfast) who will be playing upright and electric bass, and saxophonist Rob Somerville (Deep Banana Blackout, Kung Fu). As expected, a few other special guests are sure to pop in as well. The show will focus on each of these musician’s incredible talents as well as material spanning Fuzz’s entire career, past and present. Set one the band will start out doing a stripped-down, but fun and lively acoustic swingin’ set, and set two will be an all out electric funk jammin’ good time. So get ready to get down, get funky, swing it, sing it, shout and scream about it. This is a night not to be missed… because, you know… Fuzz is ON IT!

“I sing for my supper” says Connecticut based singer-songwriter,  Drew Angus who is just the kind of new blood that makes New Americana music so enduring. With indelible hooks, savvy craftsmanship and relatable lyrics, he brings a certain verve to his work that resonated with audiences and fellow performers alike.

Drew found his love for music growing up in a house filled with the sounds of artists like Tom Petty, The Beatles and The Rolling Stones. He’s influenced by these classic rock sounds mixed with artists of today like Ben Rector, The Lone Bellow, and John Mayer. These voices combined with his own city life experiences, relationships, and obstacles gives Drew a unique and dynamic sound in today’s New Americana/singer-songwriter world.

His work ethic and captivating nature have led him down some pretty amazing paths. Drew has shared stages with Harry Styles and Nile Rogers (on SNL), Pat Benatar, Ann Willson of Heart, Andrea Bocelli (on Live with Kelly & Ryan), and has toured with Marc Broussard. The up-and-coming artist is quickly gaining a following with his lively performances and soulful singing.

Drew is one to watch. Plus he’s got great hair.
@drewangusmusic