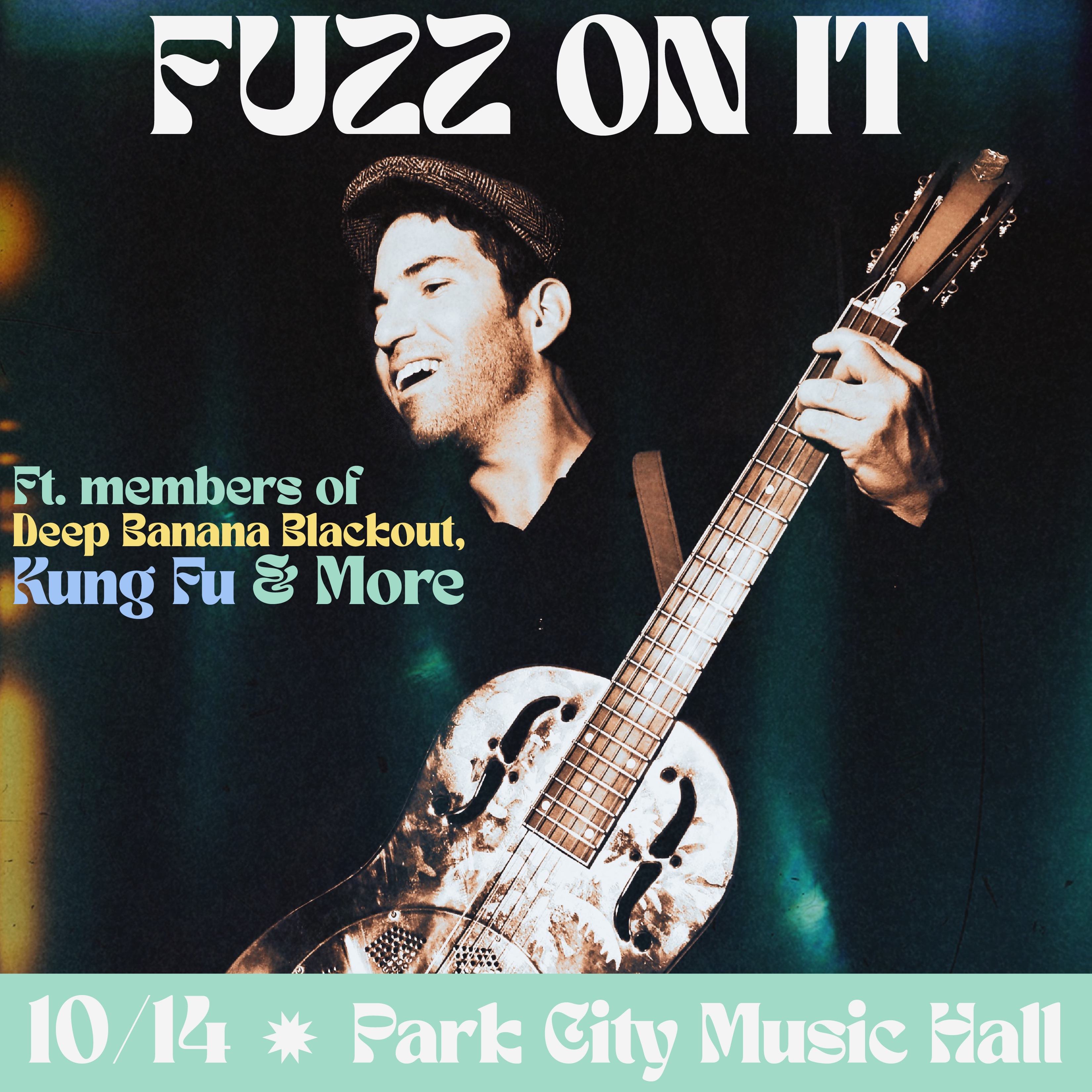 Guitarist, vocalist, songwriter, producer and all around energetic and engaging performer, Fuzz has been a successful international touring and recording artist for the past few decades with some of his projects such as Deep Banana Blackout, Caravan of Thieves and Big Fuzz in addition to working alongside acts such as the Tom Tom Club and sharing the stage with The Allman Brothers, John Scofield, Keb Mo, Emmylou Harris, Bela Fleck, members of Phish the James Brown band and many others.

Being a creative visionary, Fuzz has been able to blend a variety of styles in each of his projects resulting in a unique and unified sound and securing his niche on the funk, jam, folk and jazz scenes. His latest endeavor, “fuzz on it” is a culmination of all of these efforts bringing together the best of his funk/soul roots, acoustic gypsy-swing flavors and stirring in some spicy island seasoning for a little escapism… a little funk in the sun.

The band will consist of Fuzz and an all-star lineup of lifelong musical partners including drummer Eric Kalb (Deep Banana Blackout, Sharon Jones & the Dap Kings, John Scofield), Chris DeAngelis (Kung Fu, The Breakfast) who will be playing upright and electric bass, and saxophonist Rob Somerville (Deep Banana Blackout, Kung Fu). As expected, a few other special guests are sure to pop in as well. The show will focus on each of these musician’s incredible talents as well as material spanning Fuzz’s entire career, past and present. Get ready to get funky, get down, swing it, sing it, shout it and scream about it. This is a night not to be missed… because, you know, Fuzz is on it!