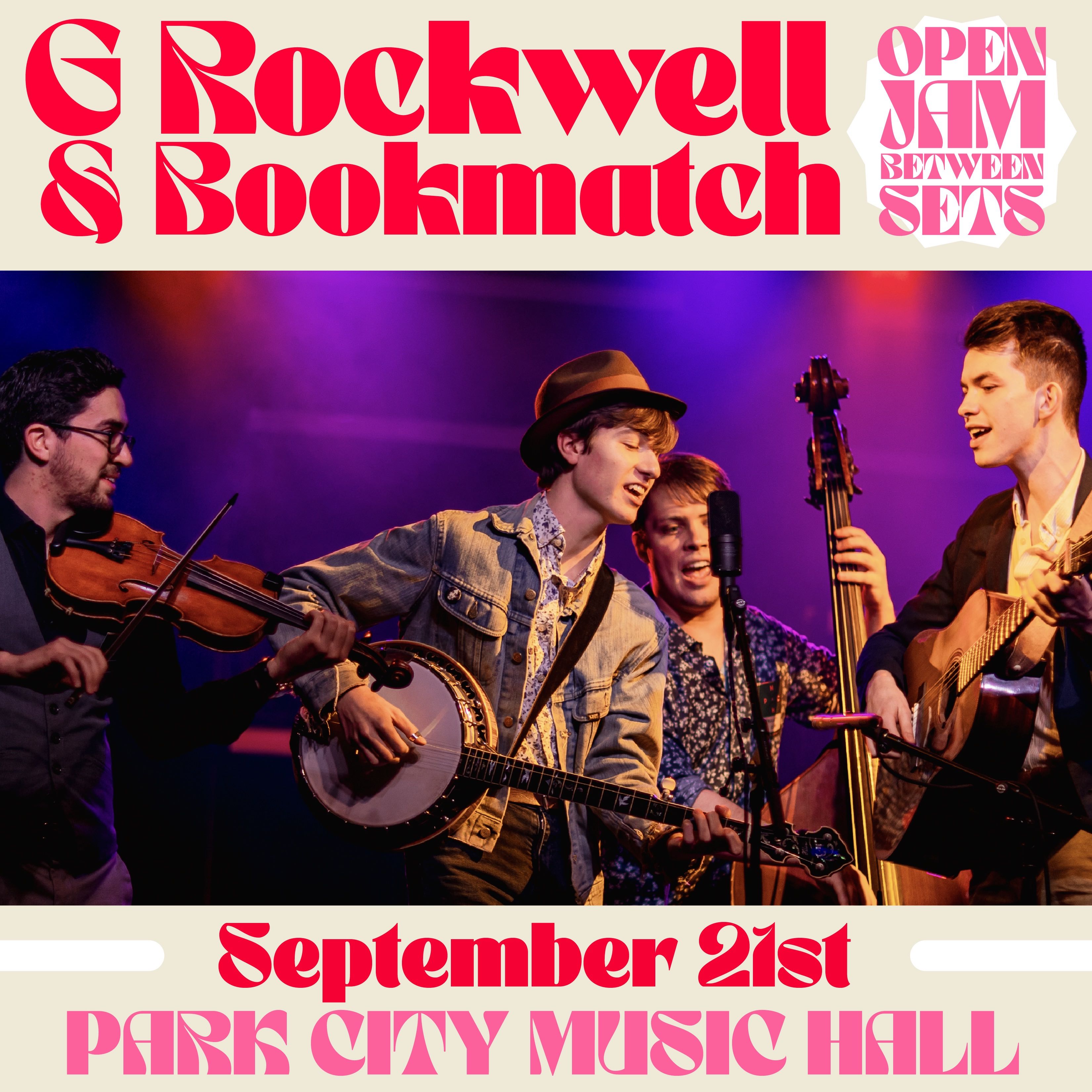 Award winning banjo and guitar player, G Rockwell was born in Bridgeport and raised in the Connecticut bluegrass community.  Performing and competing across the US, he has won numerous awards for his bluegrass banjo and guitar playing.  His banjo and guitar styling pulls from the traditions of bluegrass, with modern and global influences, as well as jazz and swing. G has recorded on numerous studio albums, and performs with G Rockwell Band, Bookmatch and Kol Kahol. Currently G is a finalist for the esteemed Freshgrass Banjo Competition, to be held in September.

G currently makes his home in Boston where he teamed up with Micah Nicol, creating, Bookmatch. Nicol, widely known as the vocalist and guitarist for Boston based bluegrass band, The Ruta Beggars, grew up playing bluegrass and classic country music with his father.  When not performing and songwriting, Micah works in studio engineering and production.
Bookmatch grew out of G and Micah’s shared passions for bluegrass and song writing. With the Bookmatch band, Rockwell and Nicol bring together some of New England’s most award winning bluegrass musicians.  Their original songs can be heard on the debut album, Beacon Street Time, as well as the EP, Just a Concept. From fast pickin’ originals to classic bluegrass ballads, Bookmatch will pull on your heartstrings with their vocal harmonies while your toes are tapping.
“I’m always amazed at the talent that exists outside the mainstream… These guys capture their folk bluegrass idiom perfectly with great songs and heartfelt performances. This is music very much the equal of the great ’70s folk artists: Bromberg, Lightfoot, etc.” - Dino DiMuro, Divide and Conquer, reviewing Beacon Street Time.

As (almost) always, Wednesday is Family Night at Park City Music Hall! This is free and will be from 5-7PM. If you want to stay for the show, the box office will open at 7PM for G Rockwell & Bookmatch.

Musicians! Bring your instrument for an open jam between sets.
This show is all ages until 9PM, 21+ after 9PM.
Children 12 & under free.