Jimkata with One Time Weekend 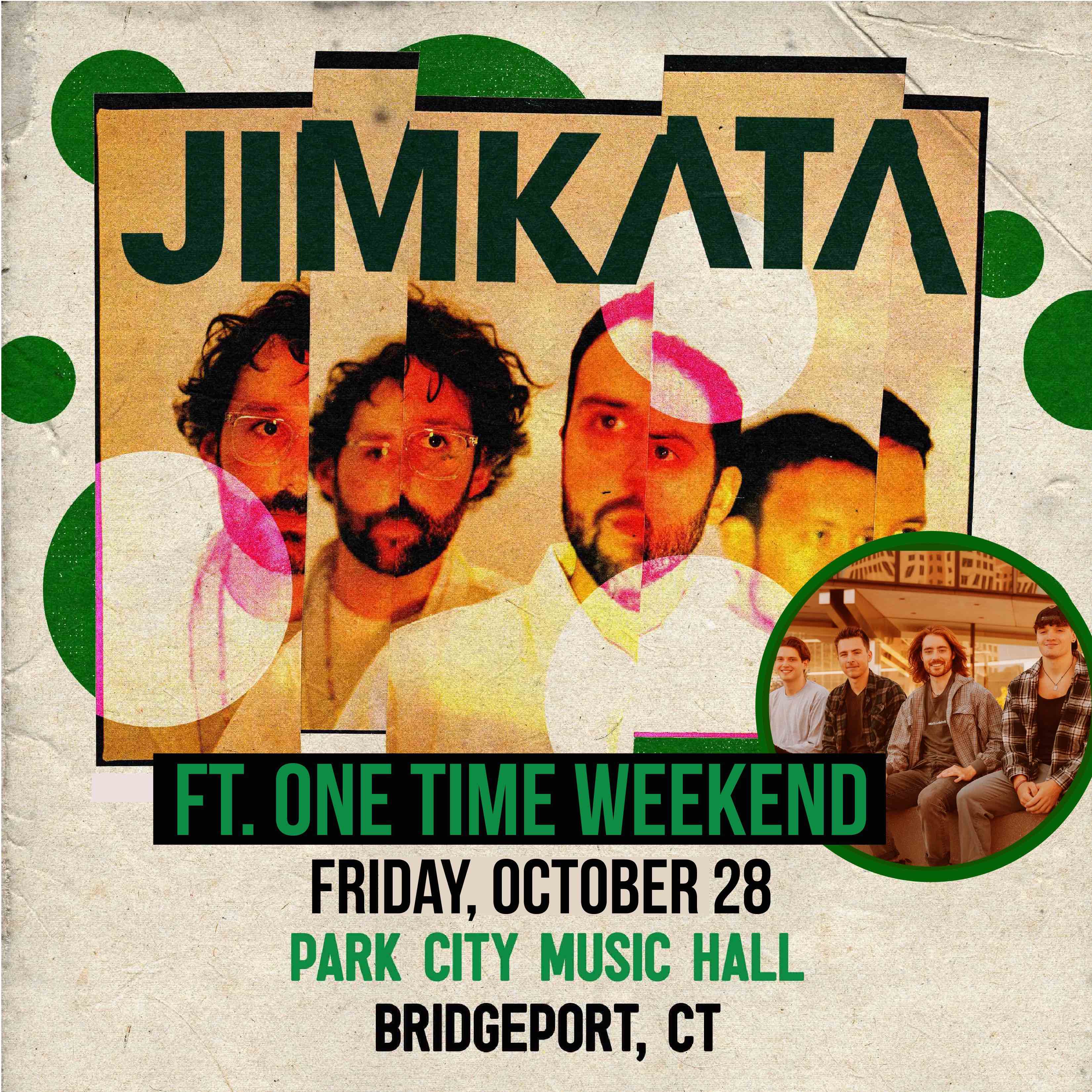 JIMKATA
Four years after going on hiatus, Jimkata is back with a renewed sense of purpose and an extraordinary new album. Recorded in Syracuse with producer Jason Randall, Bonfires finds the trio digging deep and stretching their boundaries with bold, intoxicating arrangements fueled by swirling synthesizers and anthemic hooks. The songs here are at once modern and classic, blurring the lines between the organic and the electronic as they reckon with doubt, struggle, and perseverance in a search for truth and meaning. Like much of Jimkata’s catalog, Bonfires delivers transcendence in tight, dancefloor-ready packages, but there’s a sense of freedom at play that pushes the trio’s performances to new emotional heights, a kind of liberation that can only come from learning to let go of expectation and embrace the moment.

Indeed, the heart and soul of Jimkata has always been the enduring bonds between Friedell and his longtime bandmates, guitarist/keyboardist Aaron Gorsch and drummer Packy Lunn. Pals since middle school, the three launched Jimkata in 2005 while attending Ithaca College, where they quickly found an audience for their relentlessly feel-good performances, which grew from local house parties to club, theater, and festival dates on the strength of a series of critically acclaimed albums. Popdose hailed the band’s “bubbly sweetness,” while American Songwriter praised their “organic chemistry,” and Relix raved that the trio’s sound “proves that rock-based music still has a place in the world of four-on-the-floor beats.”

ONE TIME WEEKEND
“We Groove – You Move” is the mantra of One Time Weekend – the innovative shred-funk Connecticut quartet bringing driving grooves with a melodic and progressive edge to the universe. One Time Weekend is known for their live shows – delivering a high-energy musical experience at every performance as twin lead guitarists, Adam Eytan and Zac Mulcahy shred over bassist and lead vocalist Ian D’Arcangelo’s funky bass lines and dynamic vocals while Ben “Beano” Sullivan mans the pocket holding it all down with his rhythmic energy – all of which keeps OTW Nation grooving and moving.