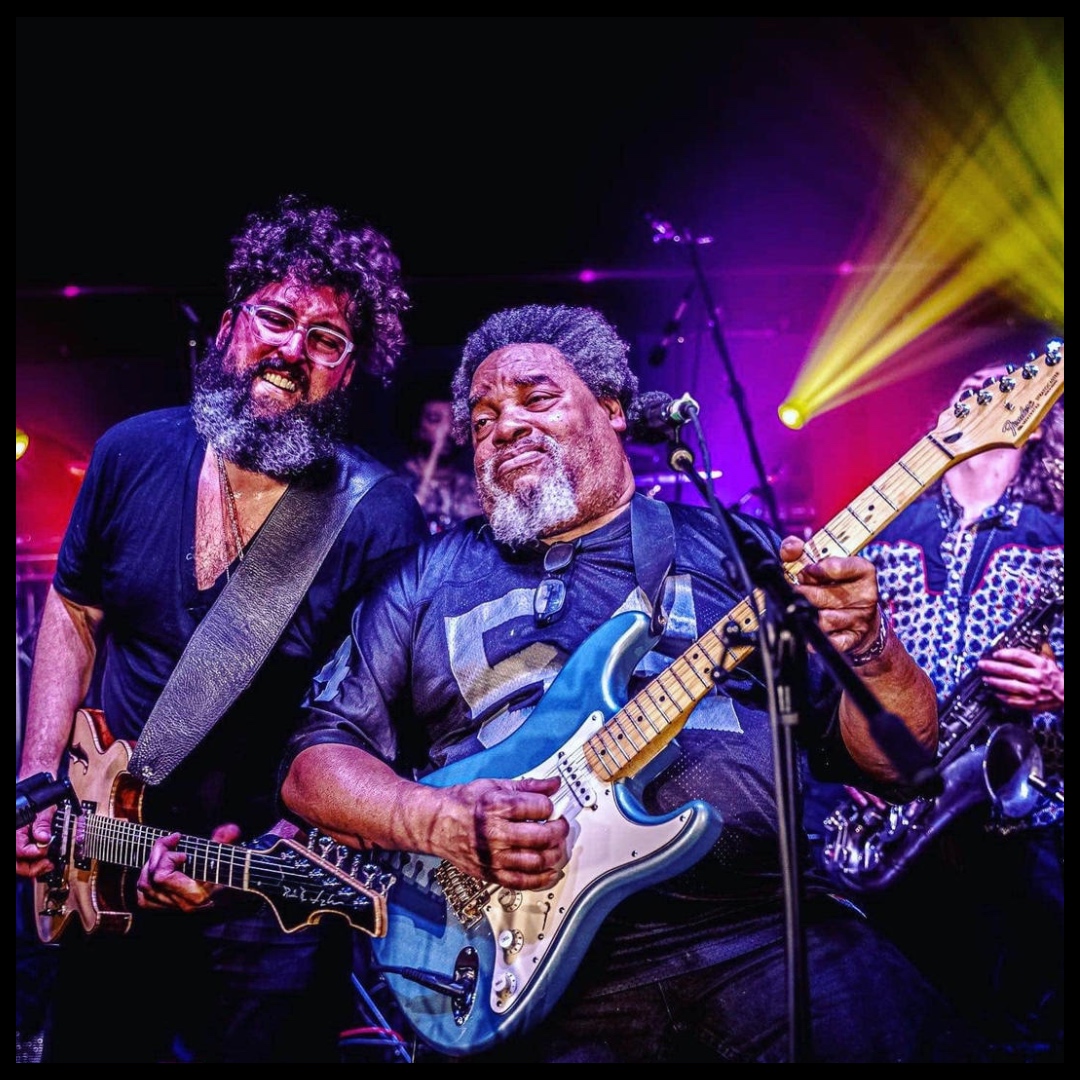 Ike was regular member of Frank Zappa’s studio and touring bands from 1978 until the last tour in 1988. He is most recognized for his involvement in Zappa records such as playing Joe in Joe’s Garage, providing vocals on Tinsel Town Rebellion, You Are What You Is, and The Man from Utopia, and as the title character and narrator in Zappa’s off-Broadway-styled conceptual musical Thing-Fish. Willis also regularly does studio voice work and writes compositions for films. He also creates solo music and leads The Ike Willis Band. He has released two solo studio albums under his own name and is working on another album.

MARCUS REZAK
Marcus carves out a distinguished style in the world of guitar with several cutting-edge groups such as Shred is Dead, Digital Tape Machine, Stratosphere All-Stars, Katharsis, Supernatural Beings in addition to frequent engagements as an artist-at-large. Known as a Master of Jazz improvisation and a seasoned artist of the sit-in, Rezak is a frequent call among bands and musicians. Rezak’s 2018 debut as a bandleader saw him collaborating alongside Kris Myers and Joel Cummins of Umphrey’s McGee, Arthur Barrow of Frank Zappa’s band, and legendary saxophonist Bill Evans.

CHRIS DEANGELIS
Chris is a bassist/composer/vocalist/multi-instrumentalist from CT. He began playing the electric bass in Middle School but didn’t seriously pursue the instrument until after high school where he attended Western CT State University and eventually received a bachelor’s degree in Jazz Performance with a focus in upright acoustic bass. He has a wide variety of influences on the bass that include Dave Holland, Jaco Pastorius, Paul McCartney, Paul Jackson, Bootsy Collins, John Patitucci, Ray Brown and many more. Musically his tastes cover a wide variety. A few favorites are Steely Dan, Radiohead, The Beach Boys, Pat Metheny, Jethro Tull, A Tribe Called Quest, Brad Mehldau, John Coltrane and countless