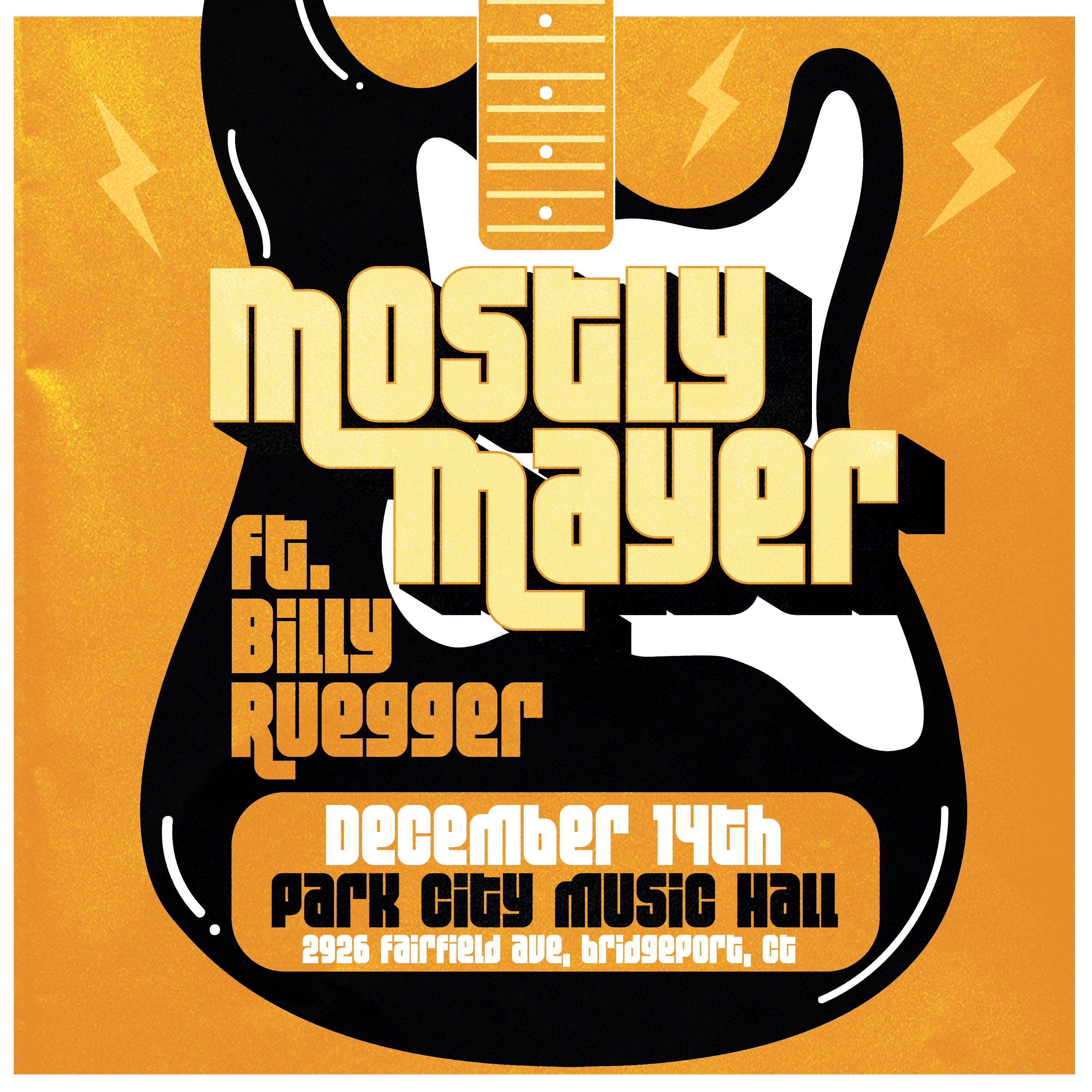 Mostly Mayer is a must see act for any John Mayer fan. Fronted by guitarist and singer Billy Ruegger, this collective of musicians delivers spot on renditions of Mayer’s most iconic songs in a captivating live performance. From his early acoustic pop, to his blues-heavy trio recordings, to his most recent work, Mostly Mayer reminds listeners of the many reasons we fell in love with his music.

Billy was a quick study on the guitar as a teenager, and would later earn his degree from the New School for Jazz and Contemporary Music in New York City. Upon his subsequent return home to Fairfield, he began incorporating some of Mayer’s songs into his solo acoustic set. It was then he discovered he had a true affinity for his music.

Since then, Mayer’s music has figured heavily into Billy’s musical life. In 2018, he formed a band and produced a live John Mayer Tribute at The Acoustic in Bridgeport. In 2020, he started a YouTube series on his channel entitled the Continuum Cover Project. In it, he recorded and released covers of all twelve songs from Mayer’s landmark album Continuum. Today, he continues to be inspired by and perform his music with the Mostly Mayer project.