During their brief but impactful run, Paradise Vendors dominated Connecticut’s original music scene.  Formed in the mid ’90s by Mark Ranalli (vocals and guitar), Bill Pollock (bass and vocals), Eric Stockman (guitar and vocals) and Mike Catalano (drums and vocals), the Vendors entertained audiences up and down the state — and the East Coast — from ’95-‘02.  They played Toad’s Place more than a dozen times and had an equal or greater number of beer soaked sessions at the Frog Pond.  Their CD “How Do You Like Them Apples” garnered local radio play and earned them gigs at CBGBs, The Bitter End, and The Elbow Room in Greenwich Village.  Greed, jealousy, drugs, wine and women fueled their break up.  It was epic.

Since their break-up, the Vendors have carved their own paths: Mark moved to Atlanta where he hosts his own YouTube Channel “8 Minute Axe,” which recently got its 2,000,000th view.   His diploma from Happy Time Nursery School, of which he is particularly proud, hangs in the background of every show.  Bill founded local Connecticut band “The Fundles” and took up lucid dreaming as a form of meditation/inspiration.  Mike relocated to Nashville, where he teaches music, plays locally with the Lance Pierce Band and the Timothy Craig Band, and shows those Southerners how to make tomato sauce.  Eric became a lawyer, buys guitars as an addiction, and will play a different guitar for each number in their set.

Though they have been writing and recording separately for the last 20 years, they have not played together on stage since 2003.  The reunion will be epic. 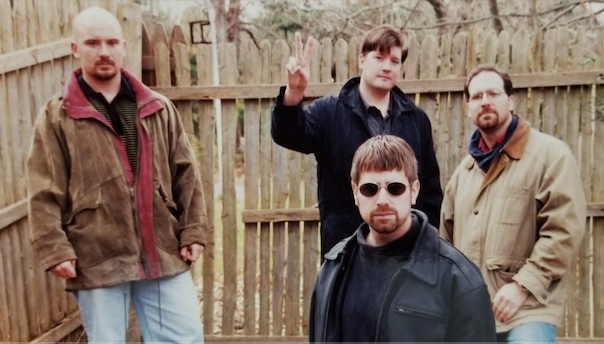