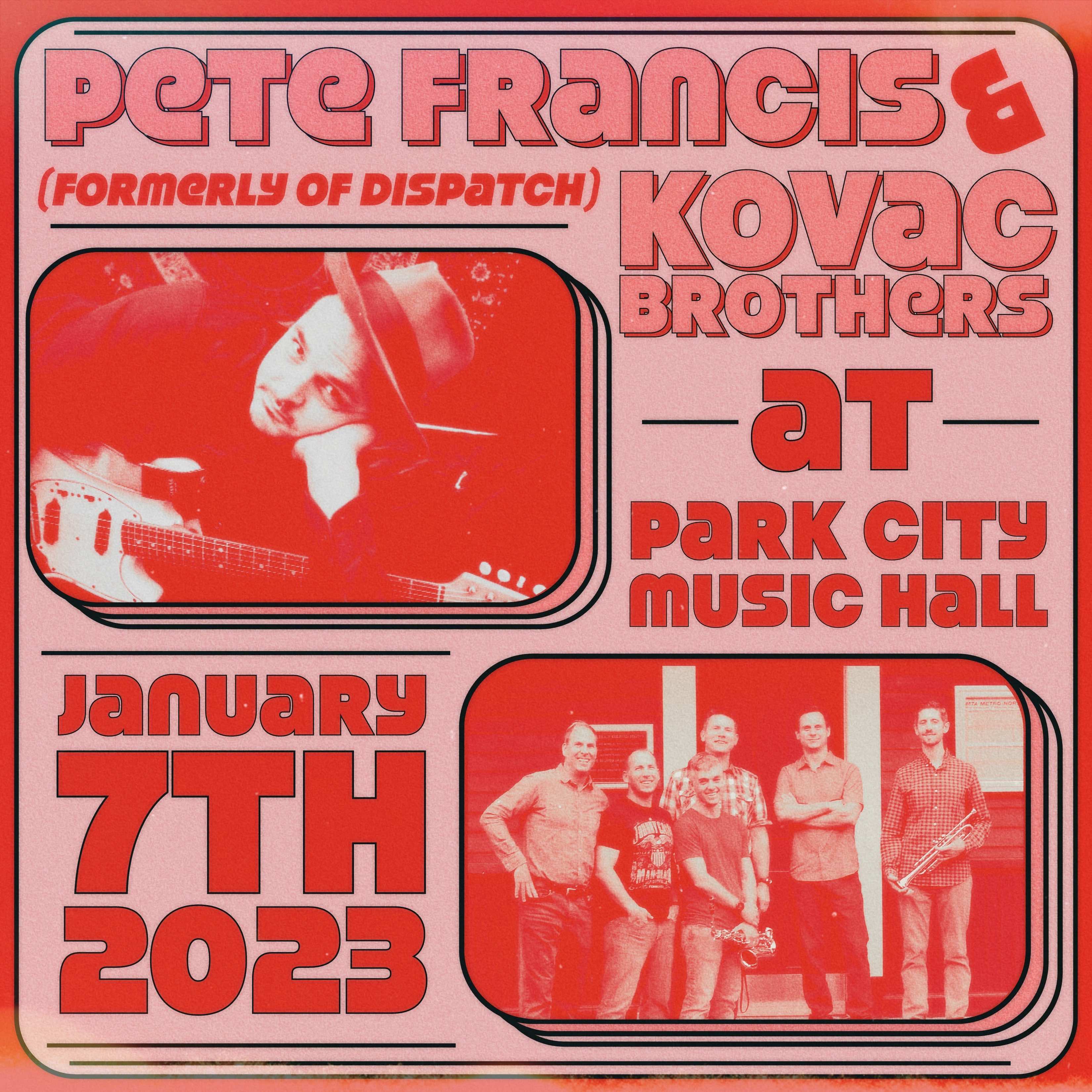 Pete Francis
Pete Francis is a songwriter, producer and multi-instrumentalist. In 1995, he founded the band Dispatch, who became the first ever independent band to sell out Madison Square Garden. They went on to tour through other major venues across the country, including Red Rocks, TD Garden, and The Greek Theaters in both San Francisco and LA. Over the course of their career, they have also brought their live show to audiences in Europe and Australia. Pete has released eight solo records and has toured with such diverse acts as Ziggy Marley, Blues Traveler, and G Love and Special Sauce. One of his favorite gigs was on stage in Sun Valley, Idaho shredding guitar riffs with Steve Miller on “Fly Like An Eagle.”

Kovac Brothers
Frank and Jim Kovac combine over 30 years of music experience and a craving for originality to create Kovac Brothers. The sound emerges with a courageous style of Rock, with a Country-Jazz Spice! The influences of Steely Dan and The Allman Brothers can be heard in their relentless fusion of music. The vocal style is reminiscent of classic Tom Petty, with a contemporary dash similar to Rob Thomas. There is an edge of rock from the the vein of the Foo Fighters with a touch of soul suggesting Stevie Wonder. Undoubtedly these are not the only ingredients that influence the sound that radiates from the collective of Kovac Brothers, but it provides the listener with a safe preparation for what they are about to hear. In addition, the mix of timeless lyrical content, and flip anecdotes, reminiscent of the best in American roots music to keep the listener grounded during the musical journey.