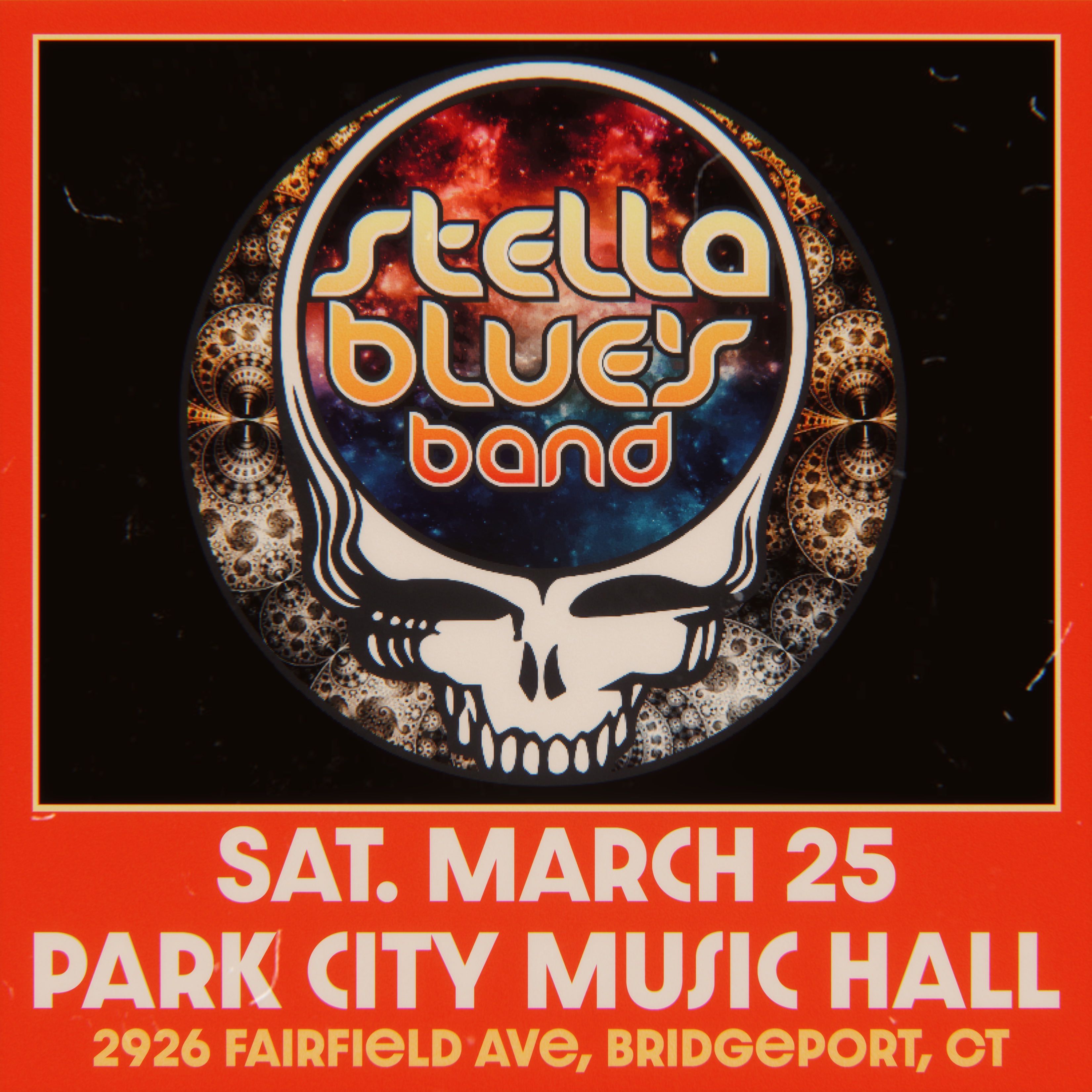 Stella Blue’s Band was founded in 2009 to recreate the experience of being at a Grateful Dead show by playing this music with a deep commitment to authenticity. Stella was the first band chosen for residency at Garcia’s at the Capitol Theater in Port Chester, NY.   Garcia’s at The Cap has become the band’s home base, and regularly hosts Stella Weekends and DeadCenter residencies.  Stella has opened for Santana at the Greenwich (CT.) Town Party, played in the Central Park Bandshell since 2018 in an annual benefit for Riverkeeper, and has shared the Capitol Theater stage with Melvin Seals—Jerry Garcia’s longtime keyboard player—and Mr. Phil Lesh, founding member of the Grateful Dead.  In New York City, the band plays regularly at venues such as the Brooklyn Bowl and The Cutting Room, in addition to a large number of venues throughout the tri-state area. The band was given a headline spot at the 50th Woodstock Anniversary that took place on the grounds of the famed Yasgur’s Farm, site of the original festival.

SBB features dynamic jams with lots of improvisation fulfilling the musical magic that the Dead achieved. We play tunes from all stages of the Grateful Dead’s 30-year run capturing the unique sound and adventurous spirit of the music. With love and reverence for the music, we create that special feeling and community unique to Grateful Dead Shows.

The ability to reach that magic place in the music separates Stella from other Grateful Dead bands.  Like true Deadheads, all the band members are gear fanatics constantly in search of the best possible sound. Our attention to the details of sound and love of the music are apparent from the first note of a SBB show. Stella Blue’s Band, a project born out of love for the music, and jamming for fun, has blossomed into one of the premier Grateful Dead tribute band in the country.