The Day The Music Died: Celebrating the Music of Buddy Holly, Ritchie Valens & The Big Bopper 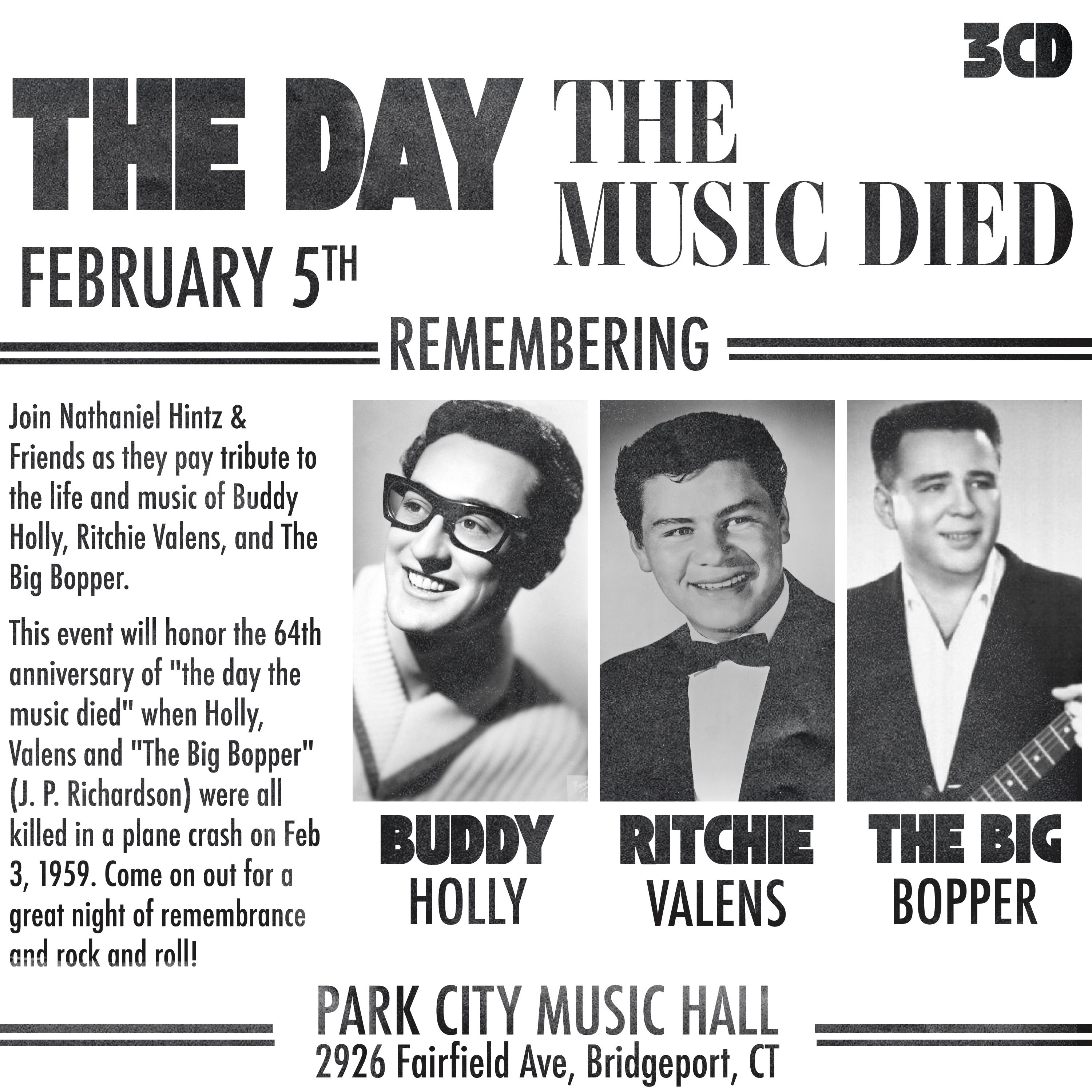 Join Nathaniel Hintz & Friends as they pay tribute to the life and music of Buddy Holly, Ritchie Valens, and The Big Bopper. This event will honor the 64th anniversary of “the day the music died” when Holly, Valens and ”The Big Bopper” (J. P. Richardson) were all killed in a plane crash on Feb 3, 1959. Come on out for a great night of remembrance and rock and roll!

Nathaniel Hintz is a singer/songwriter from Connecticut. Nathaniel’s influence comes from Country & Western, Rock & Roll, and Gospel music. His southern New England twang has been heard in breweries, festivals, and music venues throughout the United States. Hintz’s live shows are always entertaining and filled with music history knowledge. The “Two Drinks” Tour has seen more than fifty breweries up and down the east coast. In 2019 Nathaniel’s second album, “Watertown,” was awarded one of Connecticut’s best album by a local artist. Nathaniel has had great honour to share the stage with acts such as Linda Gail Lewis, The Blasters, Jesse Dayton, Sunny Sweeney, Deke Dickerson, and Amy LaVere.
“Few local artists are as unabashed in their desire to be called a country musician than Connecticut native Nathaniel Hintz. But if you’re expecting some sort of overly polished, pop-rock-with-cowboy-hats you’ve saddled up to the wrong watering hole. Hintz could easily slide into the “Ameripolitan” scene alongside legends like Dale Watson and Kinky Friedman. Mixing rockabilly and outlaw country with a folk flair, Hintz is a fantastic storyteller and an equally fantastic showman.” – Hartford Courant